“Use Your Hands FOR Happiness” Margate NOW 2019

In 2007/8 I was selected for a project with Craft Central in Clerkenwell, where I was given access to the archive material in the library and stores of The Geffrye Museum, now re-launched as The Museum of The Home, in Dalston. Researching a history of women’s making, saving, thrift, resourcefulness and the crafting of women’s own lives and environments, merged with my own personal history and memories of my grandmother Mabel Coyle (Smith). UYHFH is a call to action, seen in women’s journals and magazines from the early to mid 20th century that were housed in the museum library. Encapsulating a kind of personal agency, that played an important role for many women when other freedoms and rights were limited, this call has additional relevance now, as an antidote to rampant consumerism and the climate change crisis. In 2019 I returned to these concepts to create large textile works for the Margate NOW Festival

The installation was conceived as large scale abstract textile artworks, raising questions around textile waste, consumption, and ways of living and creating sustainably. The Artworks contributed to the festival concept of NOW and celebrating Margate’s creative identity – via an indoor installation, open studio days, talks and workshops.

Some works were installed in the distinctive arch window spaces of my old studio building on Hawley Street. The building still bears the name of the REEVES bottled drinks and beer business and is situated at a key corner of Margate Old Town. These were portable hanging textile works for residents and visitors to view, share in and to act as catalyst for discussion. Made using screen printing, appliqué and stitch, reclaimed and waste fabrics. The scale and materiality of the work was visually engaging, using colour, texture and bold abstract form to draw attention to our relationship with materials, waste and hand making.

Hand printed and reconstructed anti-fashion clothing pieces and textile works in progress were displayed alongside. 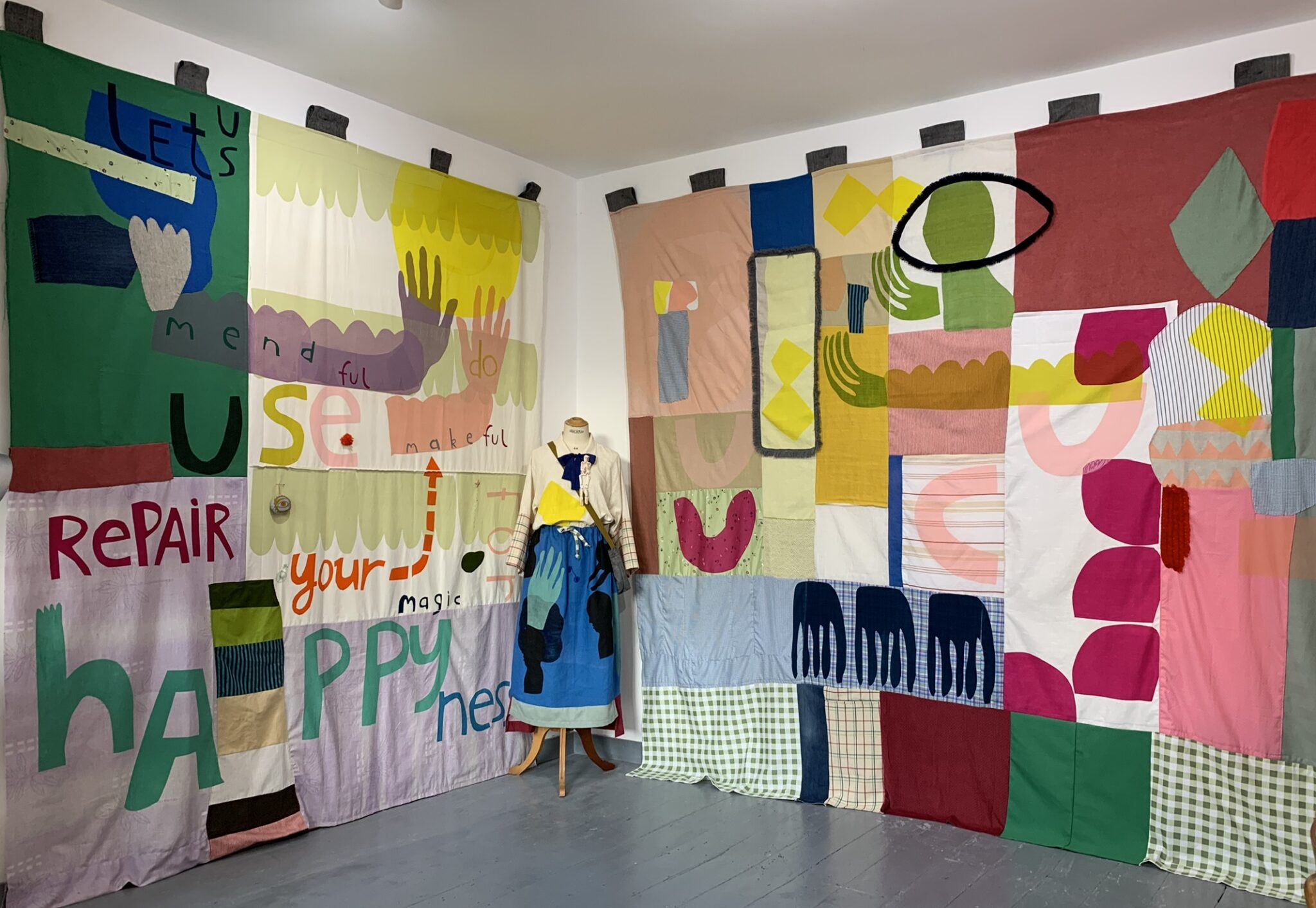 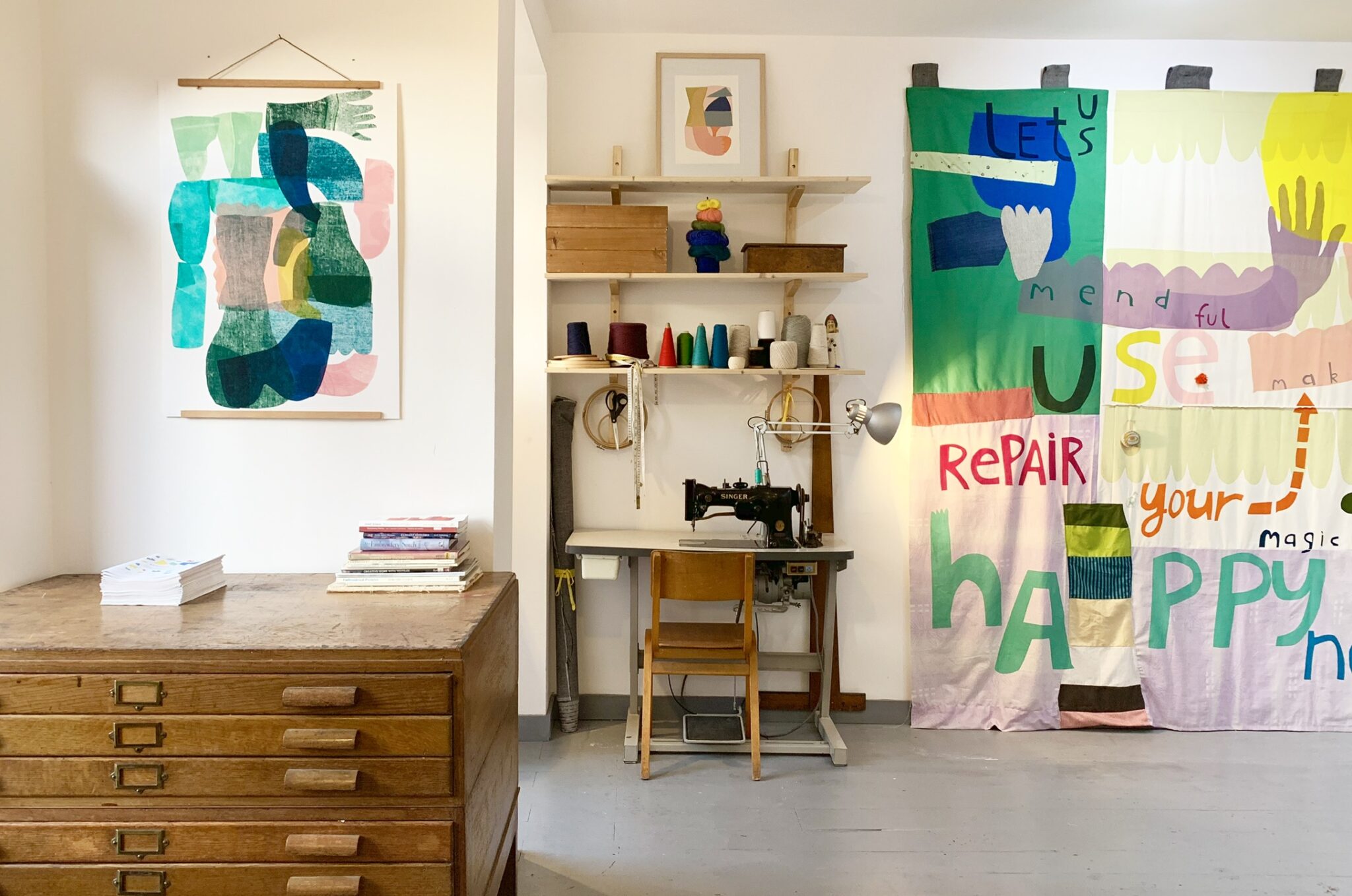 #fbf spaces wait to be filled with shapes - and p

sometimes I make sketches of a work after / during